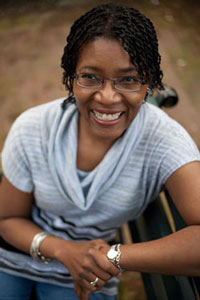 On more than one occasion I had heard my grandmother utter those four words followed by regrets of dreams that had been unfulfilled. At times I had tried to offer her encouragement, telling her that it was not too late, but lack of motivation and the slow progression of dementia prevented her from pursuing her dreams.

Once the dementia progressed to the point that she was no longer able to take care of herself and she was admitted into a nursing facility, I began thinking about the goals I never pursued.

I realized if I wanted to avoid saying, "I wish I had...," in the future, I would have to find the time, the means and the courage to achieve my goals now. Therefore, I identified my dreams, creating a list of goals that I review throughout the year as I work towards achieving them.

Some of the goals have led to new ventures that I had never considered (i.e. while attending an open house to register for drawing classes, I discovered the art of stone carving). And, after a year and a half, I can not only draw a portrait that actually looks like a human being, but I have a sculpture that I carved from a slab of alabaster. With each task I accomplish, I enjoy the feeling of being able to say, "I'm glad I tried it."

This blog is a celebration of my accomplishments. Visit my website www.ursularenee.com to learn more about my writing.
Email ThisBlogThis!Share to TwitterShare to FacebookShare to Pinterest
Home
Subscribe to: Posts (Atom)