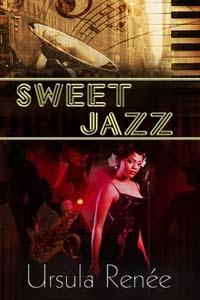 The clap snapped Randy back to reality. He glanced at the annoyed owner of the thin, smooth hands that were inches from his face.

“I’m sorry I’m so boring you have to daydream,” Cass said.

“What makes you think I was daydreamin’?”

“No reason. You always sit around staring at nothing with a lost look on your face while I talk to myself.” She snapped her fingers. “Oh, wait, I wasn’t talking to myself, I was talking to you, but you weren’t listening because you were daydreaming.”

Unable to deny the accusation, Randy simply grinned. Taking advantage of Junior’s week-long vacation out of the city, they were rehearsing at The Big House, which served as an unfortunate distraction for him. On stage, Cass was more alive when singing. She moved with the music, beginning with a slight sway of the shoulders, which worked its way down to her hips by the end of the song.

There was a natural sensuous flow in her movements that would drive any man crazy. He would be lying if he said watching her had not affected him. He’d have to be blind or like men for that to have not stirred something inside him, and since he was neither, he was glad the pants he was wearing were loose.

“I was wondering if you could dance,” Randy confessed, omitting he would prefer the dancing to be done horizontally, not vertically.

“Can I dance? What kind of a question is that? You’ve seen me dance.”

“How do I know?” He cocked an eyebrow. “Maybe you dance like you play the piano. You only know one move.”

Cass placed her hands on her hips and rolled her eyes.

“Well, can you?” he asked, wishing she’d move her hands somewhere else to get his mind off that part of her body.

“Of course I can,” she responded, folding her arms under her chest. “What brought that up?”

The new placement of her arms wasn’t exactly what he had been hoping for. It only succeeded in shifting his attention to her breasts. He mentally groaned.

Though he forced himself to look into her eyes, the image of her body was etched in his mind. How could a fully clothed—and modestly dressed—woman cause such a reaction from him?

“The way you sashay those hips around, I was wonderin’ if you can also move them on a dance floor.”

Randy stood from the stool he had perched on during the rehearsal, walked to the edge of the stage, and placed his saxophone in its case. “Girl, the way you move, someone’s liable to get hurt if one of those hips gets loose.”

Cass threw up her hands, turned, and stalked away.

“Hey, watch it. You nearly took out my eye with those hips.”

She grabbed a stack of sheet music off the top of the piano and stomped back toward him with her hand raised. In a quick motion, Randy straightened, caught her raised wrist with one hand, and slipped the other arm around her waist. He pulled her close and began swaying from side to side.

He knew he would be on the receiving end of another beating if someone walked in and found her in his arms, but, for the moment, it was a risk he was willing to take.

“Nice moves,” he complimented. “Graceful.” He spun around. “Coordinated.” He dipped her. “And light on your feet.” He pulled her up. “You have some potential.” 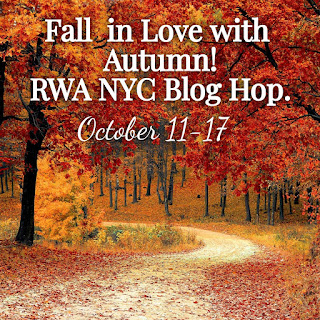 Return the Fall Blog Hop
Posted by Ursula at October 11, 2020 No comments:
Email ThisBlogThis!Share to TwitterShare to FacebookShare to Pinterest

A Bookie's Odds
by Ursula Renée

“That was Joey,” his father announced, returning to the kitchen.

“I already took care of it,” Nicholas replied.

Georgia tensed, yet she remained silent. He knew she was not a fan of his method of solving problems, but in this case she would not argue with him. She understood the Santianos’ code. His cousin stole from family. There was no talking and no second chances. Only the painful reminder that one did not screw over family.

“Joey told me.” His father returned to spooning food into a bowl. “His kid should count his blessings. If I’d handled it, he’d have walked away with two busted hands, not one.” He looked at Georgia. “Joey would like you to take care of the books for the diner.”

“No,” Nicholas said at the same time Georgia asked, “Are you serious?”

His father raised an eyebrow. “No one asked you,” he said to his son before addressing Georgia. “Yes, I am.”

“Why can’t Uncle Joey find another bookkeeper?” Nicholas asked, despite his father’s comment. He pulled his hands from under the faucet.

“Then it’s a good thing it’s not your decision to make.” She tossed the towel at him and turned off the
water.

Return the RWA/NYC Blogging in the Big Apple