As a fan of American Westerns, I looked forward to RWA's 2018 Conference in Denver, Colorado. I arrived several days early to explore the city and I continued sightseeing up until it was time to leave.

Besides touring Molly Brown's House, I visited the History of Colorado Museum, the Governor's Mansion, the Black American West Museum and the Firefighter's Museum. (which gave me an idea for a future novel). 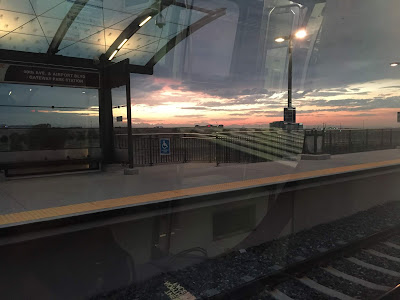 As with most trips, there was more to see than I had time for. But, at least I have something to look forward to in the future.
Posted by Ursula at April 04, 2019
Email ThisBlogThis!Share to TwitterShare to FacebookShare to Pinterest
Labels: A to Z Challenge, traveling, writing