On June 26, 2010, I took a seat behind a drafting table in my first drawing class. I had wanted to learn how to draw, but it wasn’t until that summer that I got the courage to take a class.

For the next two hours I struggled to draw a box. I went through several pages, just trying to get my lines straight and my eraser was well used by the end of the session. However, in the end, I completed the drawing, though I wondered whether or not I should continue.

This feeling that I should quit continued to plague me over the next several weeks as I struggled in class. My sketches looked nothing like the other students and on more than one occasion I was tempted to pack my bag and walk out in the middle of class. Yet, despite my frustrations I stuck it out.

During the fourth class, we had to draw a model of a hand. As usual, I struggled to get every line just right, but at the end of the class I looked at what was on my paper and I could not believe that I had done that.

Since that first class, I have taken three more drawing classes and I recently started attending figure drawing meetups to practice. Each time I work on a drawing, I begin to understand what I need to do to improve my picture.

For example, last night I spent twenty minutes working on a portrait and in the end, I was disappointed with the results. As I stared at the finish piece, I heard my instructor remind me to concentrate on shadows. Deciding to listen to the voice in my head, I concentrated on part of the model (instead of the entire model) and worked with the shadows. When I finished, I saw improvement that had me sitting in the space with a huge grin on my face.

And, as I look through my pictures, I’m glad that I did not quit when things were tough.

Trip to the Zoo 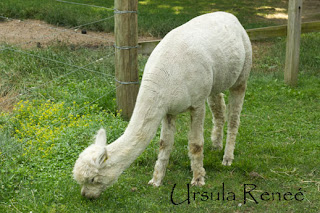